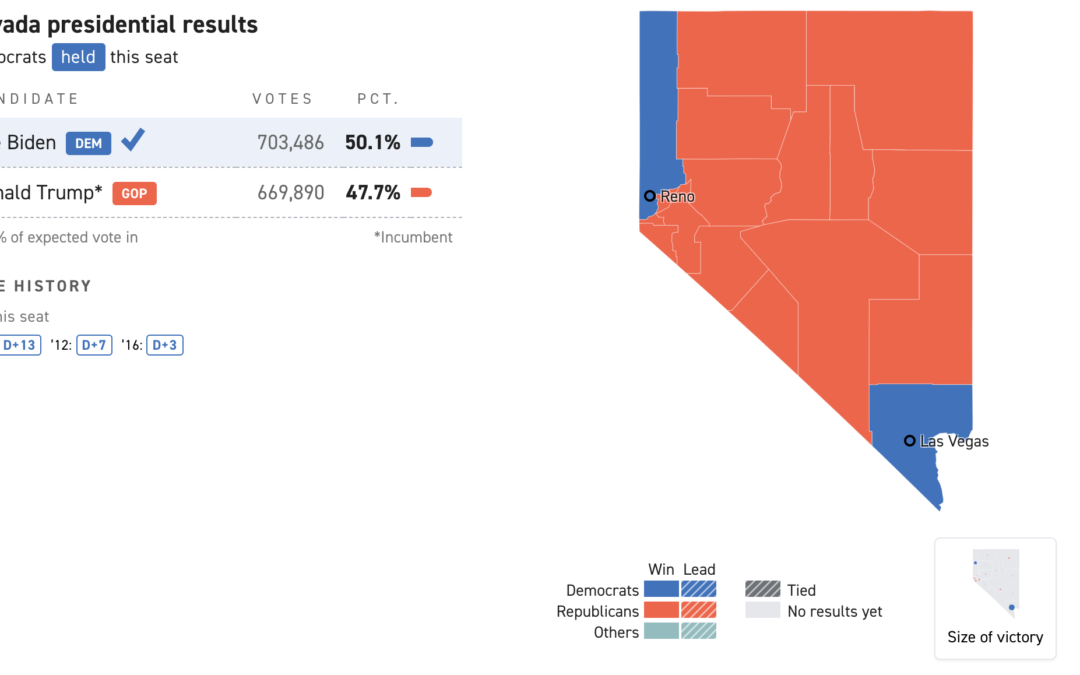 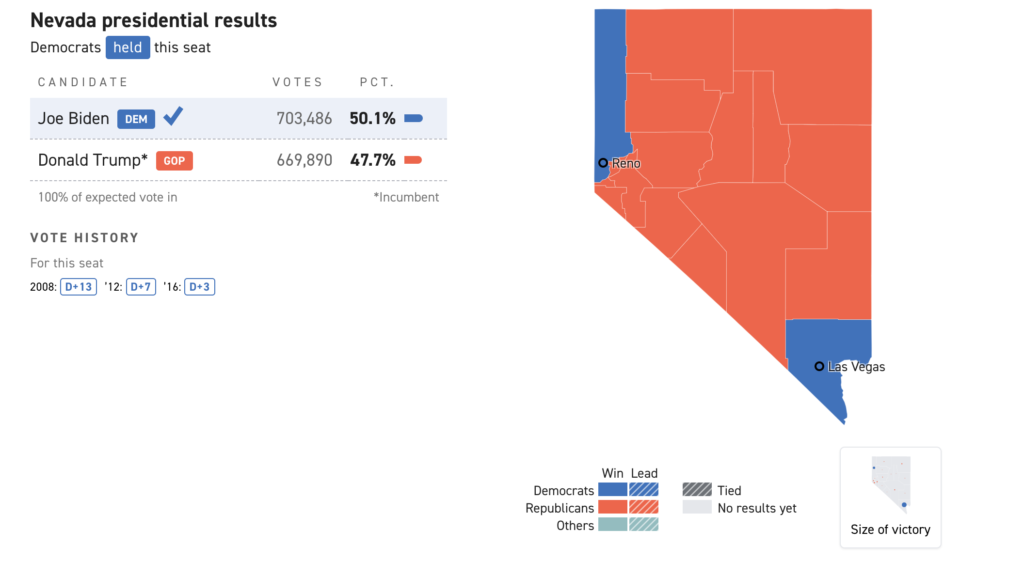 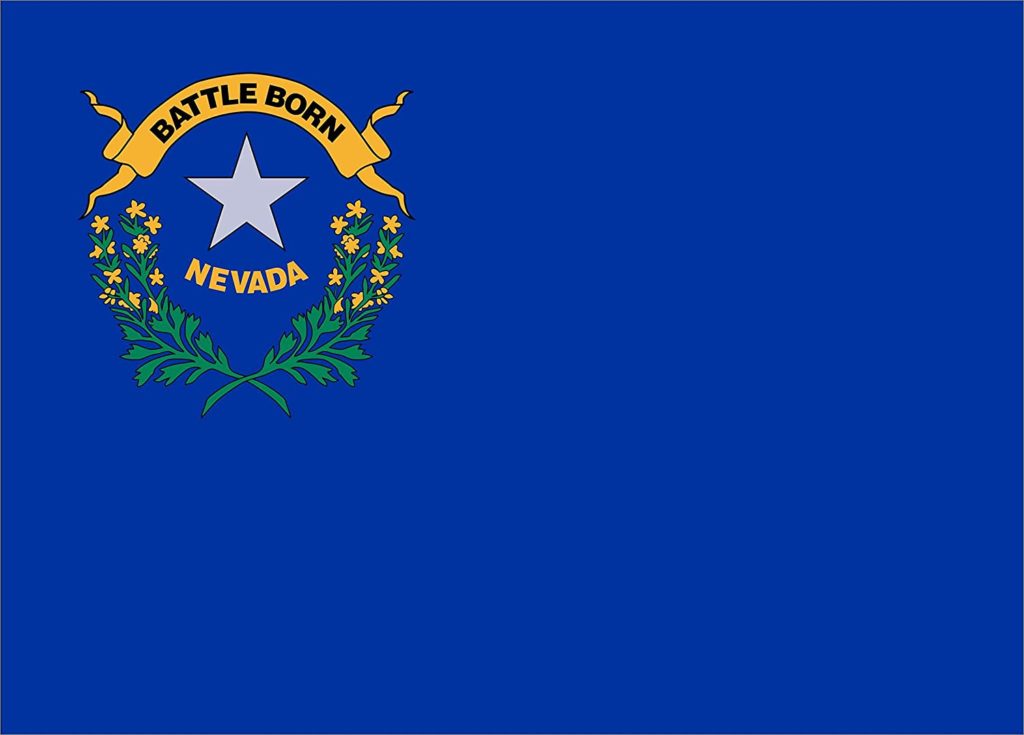 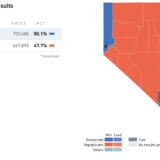 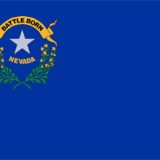 Former Vice President Joe Biden (D) won the presidential election in Nevada on November 3, 2020. Nevada was one of 13 battleground states.

The Republican caucuses were canceled, and the Nevada Republican Central Committee bound the state’s 25 delegates to President Donald Trump.[2][3]

Starting in 2008, Nevada was the first Western state in the election cycle to hold a presidential primary or caucus. In 2020, it is being targeted by both the Democratic and Republican parties.[4]