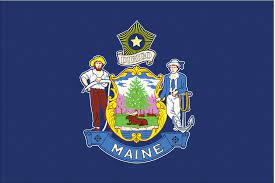 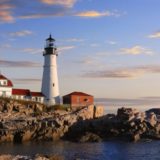 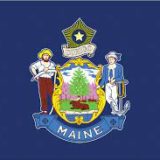 The Maine State Legislature passed a bill in August 2019 to allow ranked-choice voting to be used in the 2020 presidential election.[2]

The Maine Republican Party filed a veto referendum on ranked-choice voting in February 2020. Secretary of State Matthew Dunlap (D) said in June 2020 that the campaign’s petition did not meet the signature requirement. On August 24, 2020, Superior Court Judge Thomas McKeon ruled that Dunlap had to count 988 of the signatures his office had deemed invalid, which would have qualified the veto referendum to appear on the ballot in November and precluding ranked-choice voting from being used in this election.[3][4]

The Maine Supreme Court stayed an appeal regarding the veto referendum on September 8, 2020, effectively putting its inclusion on the ballot on hold. As a result, Dunlap said he would proceed with printing ballots that included ranked-choice voting for the presidential race.[5]

In the 2016 election, Maine split its electoral votes; of four electoral votes, two “electoral votes go to the statewide winner and one electoral vote goes to the winner in each of the two congressional districts.” Hillary Clinton, the Democratic candidate, received three votes, while the Republican candidate, Donald Trump, won one vote.[6]

Maine was won by the Democratic candidate in each of the last seven presidential elections. The last Republican candidate to win the state was George H.W. Bush (R) in 1988.[7]