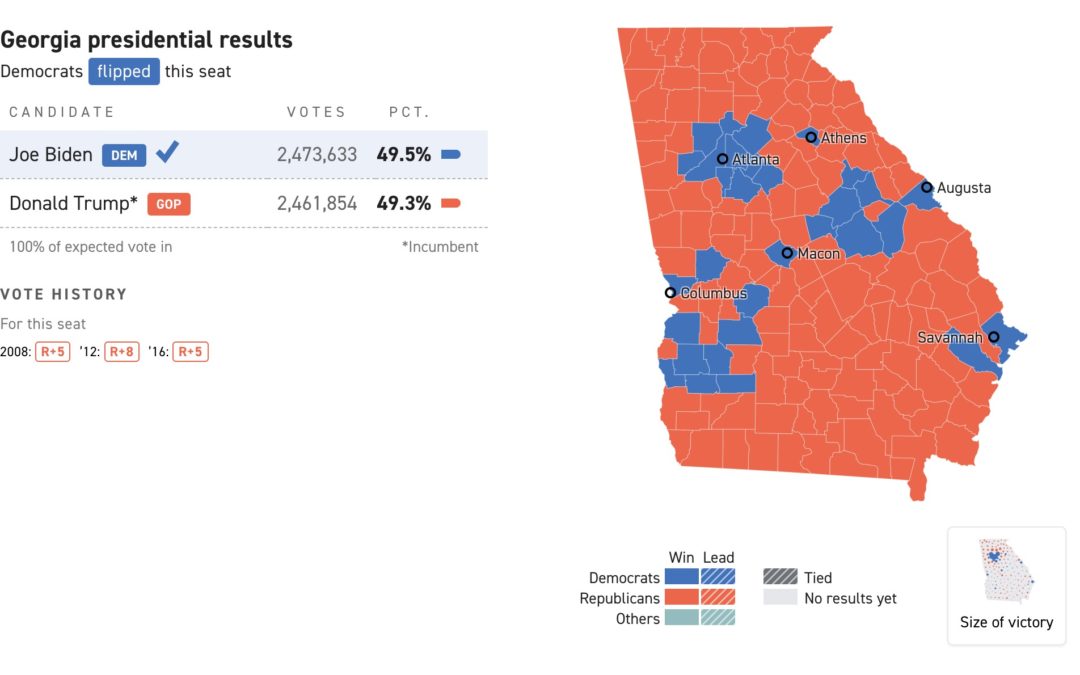 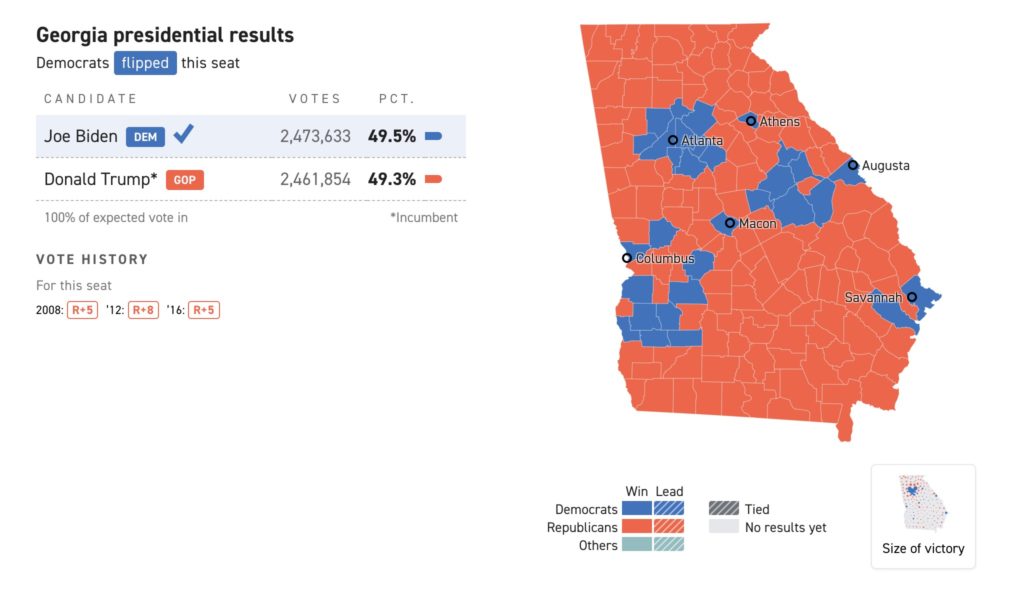 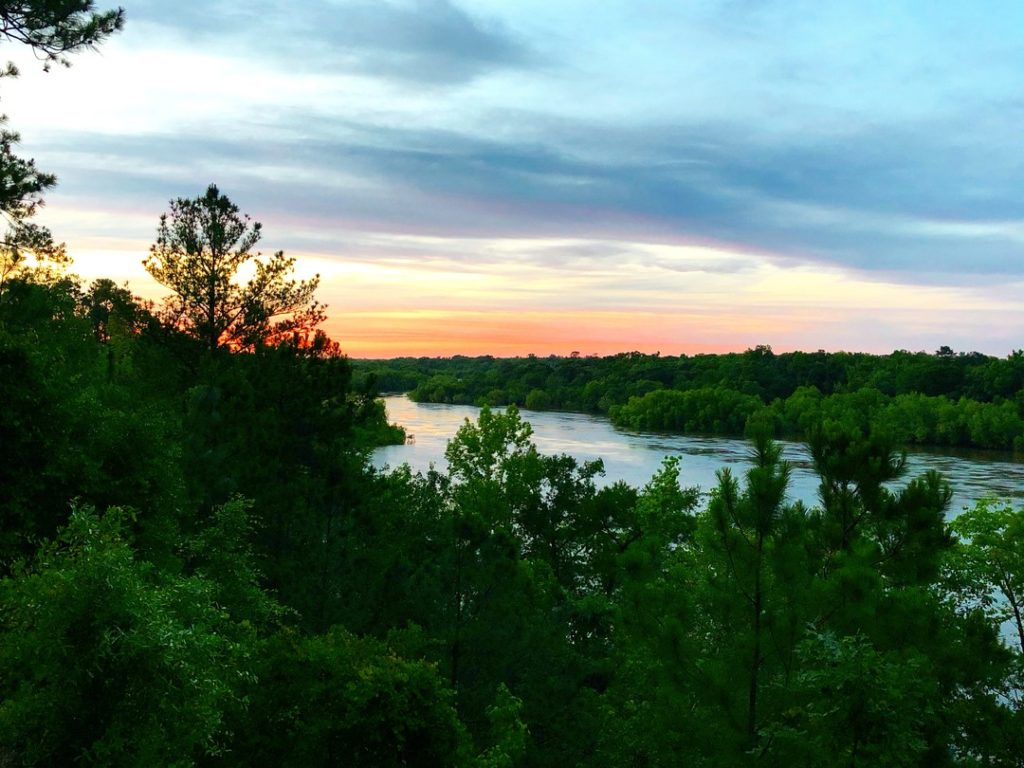 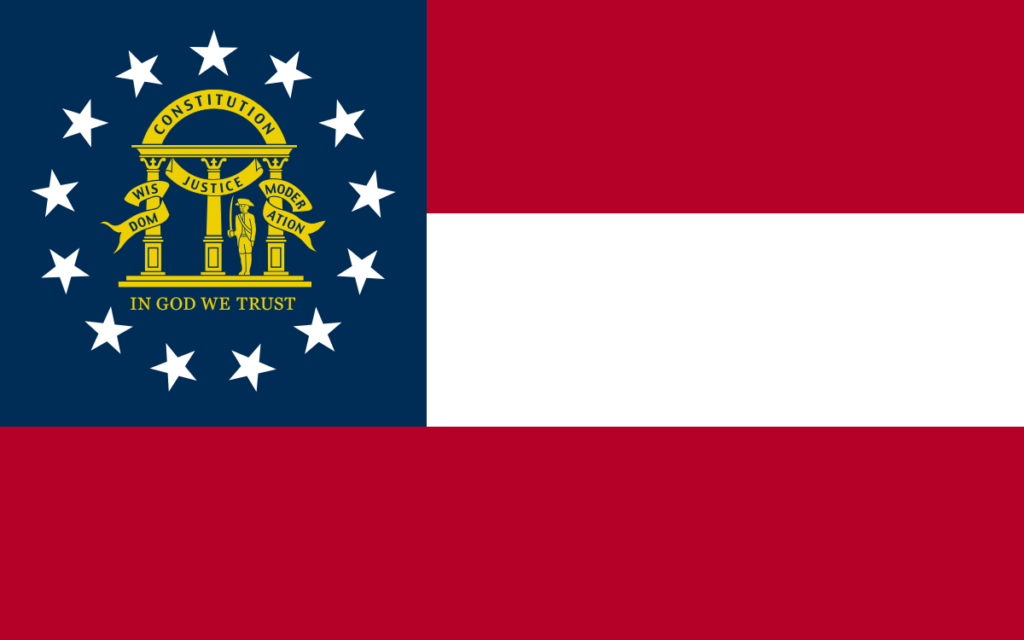 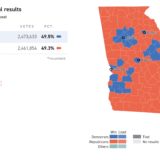 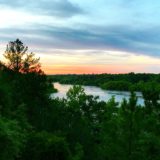 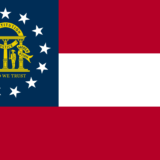 Former Vice President Joe Biden (D) won the presidential election in Georgia on November 3, 2020. Georgia was one of 13 battleground states.

The Democratic and Republican parties held primary elections in Georgia on June 9, 2020. Biden won the Democratic primary.[1] President Donald Trump was unopposed on the Republican ballot.

On March 14, Georgia election officials announced the primary would be postponed from March 24 to May 19 due to concerns with the coronavirus pandemic.[2] The presidential primary was postponed a second time to June 9. “This decision allows our office and county election officials to continue to put in place contingency plans to ensure that voting can be safe,” Secretary of State Brad Raffensperger said on April 9.[3]